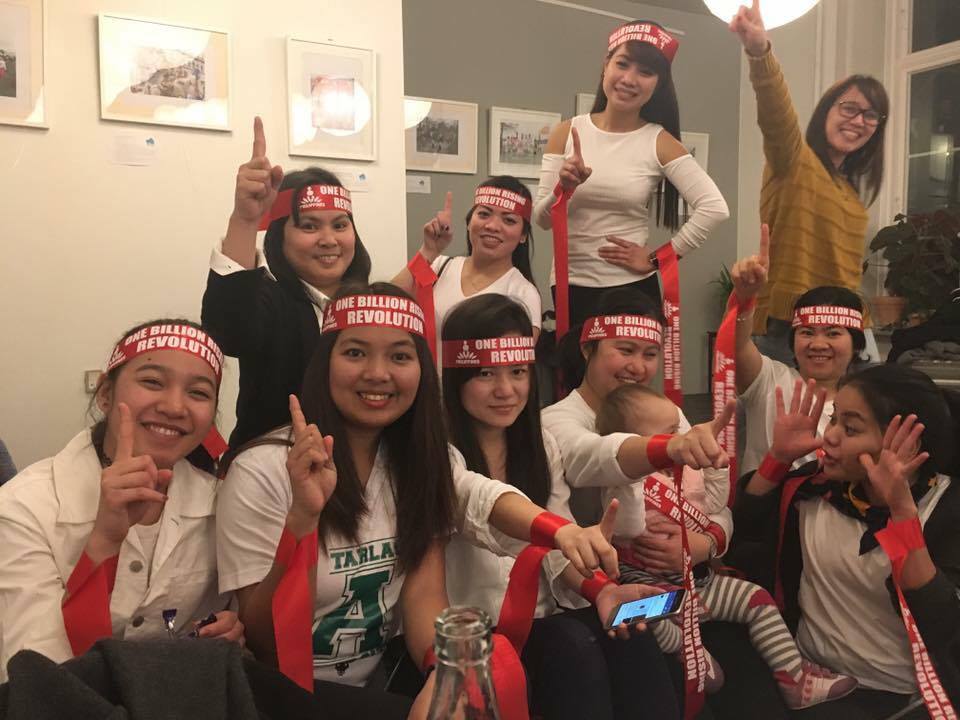 Today, March 8, 2017, International Women’s Day, we unite with millions of women all over the regions, we boldly say NO to imperialism and fascism. We share with all oppressed women and women rights advocates to rise and strike to end centuries-old oppression and exploitation.

We commemorate and celebrate the lives of 140 women worker who died in a Triangle Fire in New York City in March 25, 1911, the tragic event drew significant change to working conditions and labor legislations in several parts of the world, and we remember the courageous women advocates, leaders, mothers, students and workers, and all women from all walks of life.

Today, we stand with women and the American people against Trump’s anti-people and anti-immigrant policies. We strongly condemn the persecution of defenseless people and migrants.

We are one with women and worker against the austerity measures of the European Union, which have slashed the living standards across Europe, and socially and economically crippled thousands of families including migrants. We are alarmed that austerity measures will further reduce the allocation of funds for basic services, health and welfare as EU is likely to submit to Trump’s demand for more funds to NATO and the rearmaments of war machine of the international European community.

We join the journey and struggle of all refugees to escape from the ongoing violence particularly in sub-Saharan Africa, Syria, Iraq and Libya. Women who are separated from their communities and families often face a higher risk of exploitation and are vulnerable to human trafficking, violence and abuse.

We join the thousands of Filipino women on the streets in Philippines, to demand genuine, guaranteed jobs, decent and living wage, social justice and women liberation from oppression and exploitation.

We are in solidarity with the indigenous Filipinos on their quest to reclaim and collectively develop their ancestral lands as we reiterate our call to the greedy mining companies to keep away from the indigenous peoples communities.

We support the courageous women advocates like the Environment Secretary Gina Lopez for her unwavering stand against development aggression defined and designed by corporate greed and selfish interests as manifested by her recent order to close down several mining operations and cancel the mining application for mining permit of several other companies.

We call on President Duterte continue the peace talks with National Democratic Front of the Philippines (NDFP).

We encourage the negotiating panels from the Government of the Republic of the Philippines (GRP) and the National Democratic Front of the Philippines (NDFP) TO continue the peace talks and join hands with Filipino people to address the root causes of armed conflict and collectively wage war against poverty, social injustices, women oppressions and forced migration of Filipinos.

And clinched fist as a symbol of resistance and solidarity, we celebrate Women’s Day with all women with great courage and strong resistance to imperialism and fascism, as we look to the dawning of the day when all women are free from all forms of oppression and exploitation.