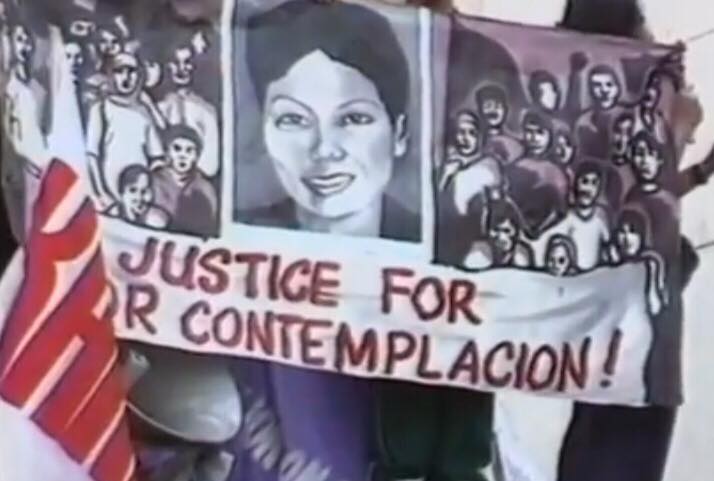 Today, 17th of March 2018, Migrante Europe joins the millions of Filipino migrants and migrant advocacy groups all over the globe marking the Global Day of Action in commemoration of the 23rd Death Anniversary of Flor Contemplacion.

Flor Contemplacion was a Filipina domestic worker who was convicted by a Singaporean court for the death of Filipina worker Delia Maga and Nicholas Huang, the three-year-old son of her employer, on May 4, 1991.

Despite the protests of about 75,000 Filipino workers in Singapore and the millions of Filipino compatriots at home and abroad, the appeals of human rights groups, the pleas of Philippine church leaders, the personal appeal of then President Fidel Ramos, and the presentation of evidence that may prove her innocence, the Singapore government proceeded with the hanging of Flor Contemplacion on 17 March 1995.

Flor Contemplacion’s death exposed the inhumane conditions of many Filipina domestic workers overseas. It further exposed the inability of the Philippine government to defend and protect Filipino workers abroad. The immediate enactment of the Magna Carta for Migrant Workers or Republic Act 8042 in 1995 allowed the Ramos government to save face amidst the social upheaval created by Flor’s hanging.

More than two decades later, hundreds of thousands of Filipino migrant workers, particularly women domestic workers, continue to confront the same issues: brutal treatment from their employers, long hours of work on slave wages, non-existent or barely existing protection by host countries and the Manila government. Many host countries, especially in the Middle East, turn a blind eye to the slave-like treatment of women domestic workers from poor countries.

The so-called Magna Carta for Migrant Workers is nothing but a piece of paper. In reality, protection and security of Filipinos working and living abroad have not improved in any way in the last two decades. The Manila government is more interested in receiving foreign currency from Filipino migrants than in promoting the rights & welfare of its citizens abroad.

As long as the government continues to promote its Labor Export Policy and sell millions of its labor force abroad instead of implementing genuine land reform, creating industries and decent jobs for Filipinos at home, Filipinos are always at risk of suffering the same fate as Flor Contemplacion and many others who were sent homes in coffins.