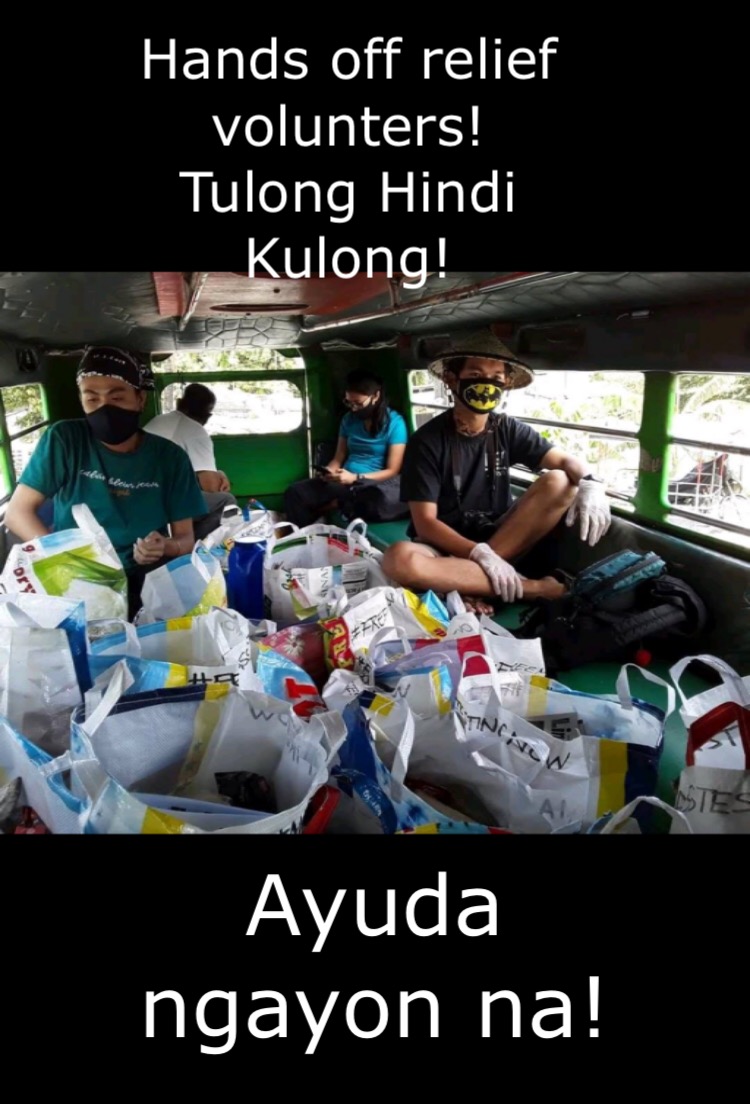 While in almost all parts of the world, governments encourage and solicit citizens’ participation to fight the COVID19 pandemic. In the Philippines, peoples’ initiatives to assist the people affected by the “enhanced community quarantine” and expose the desperation, abandonment and hunger of the people and communities are arrested and charged in supposed violation of state laws.

Migrante-Europe is angered by the Philippine government’s arrest of members of Anakpawis Partylist led by former congressman Ariel Casilao while on their way to bring relief goods to hungry farmers in Norzagaray, Bulacan, and the arrest of screenwriter Maria Victoria Beltran over a Facebook post she made criticizing the Cebu City Health Department’s decision to stop mass testing in an urban poor community, Sitio Zapatera in Brgy. Luz, Cebu City.

Migrante-Europe is alarmed that while people’s organizations are rushing to the aid of those most affected by community lockdowns, the government’s security forces are preventing people’s initiatives and criminalizing helping the needy and to bringing to the public attention their miserable situation.

The recent pronouncement of President Duterte urging the government to draw up a plan to address the pandemic after more than a month of community lockdown only shows the incompetence and lack of leadership of the Duterte government, a government whose concern is the suppression of the rights of citizens, silencing dissent and consolidating its own power, instead of genuinely addressing people’s lives and welfare.

We call on the Filipino people to assert the fundamental right to food and shelter, access to public health and the freedom of expression.

Migrante-Europe appeals to the Filipino people around the world to participate in the noise barrage on Saturday, 25 April 2020 to express solidarity with the Filipino people and call the attention of the Philippine government to address with genuine compassion the needs of the people for food, protection and treatment against Covid-19, livelihood and freedom.