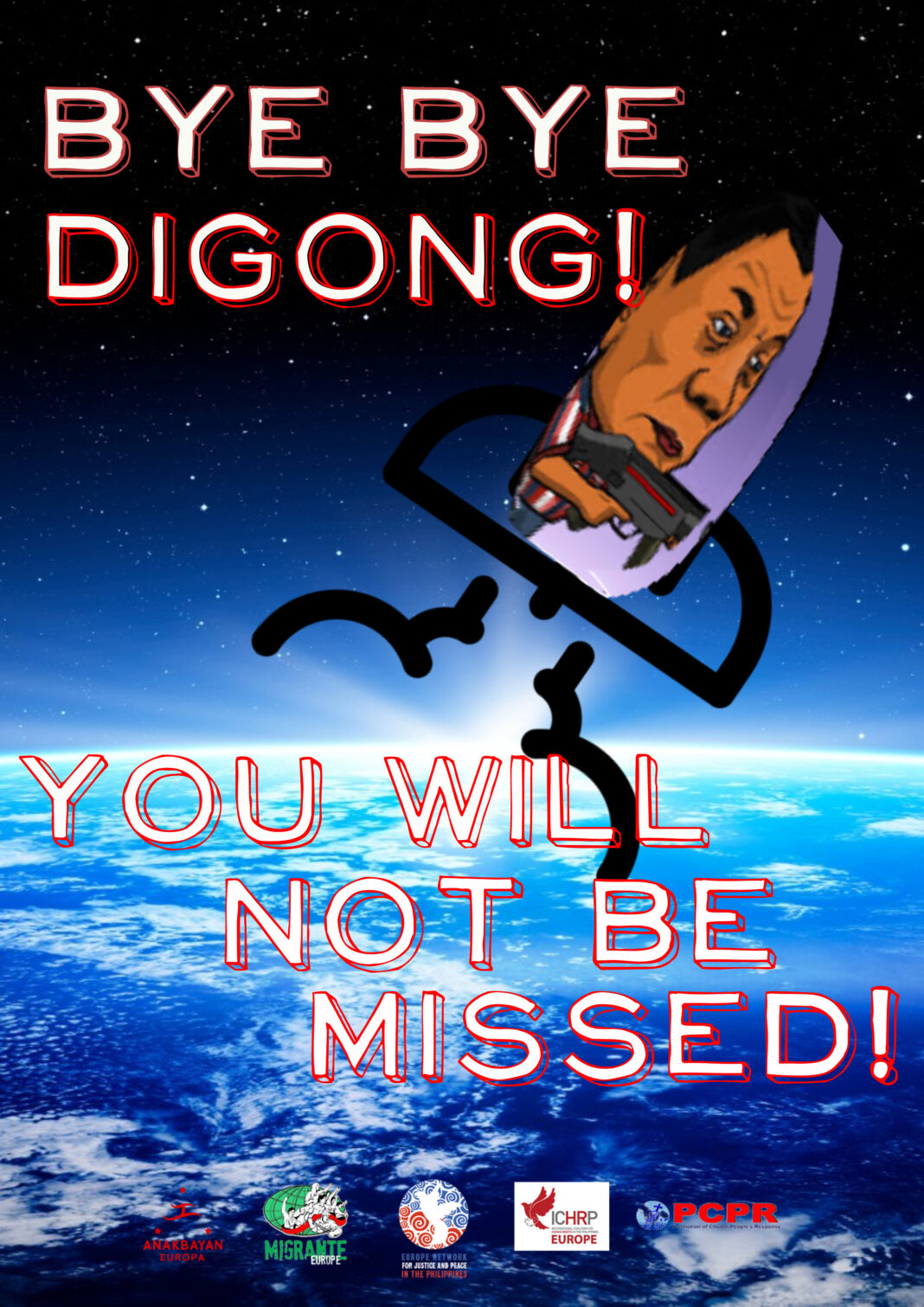 The Legend of Duterte

With over 30,000 killings under the War on Drugs; the Philippines being the second most dangerous country in the world to be environmental activists over 300 extrajudicial killings and 3,531 illegal arrests, the latest being the arrest of the Pride 20 on the day of the Pride Celebration itself.

From 2018-2020, Pantaron Mountain Range alone has seen 84 bombings and 395 cannon shellings. About 57 Lumad schools have been closed and around 16,000 Lumad have been displaced.

The Filipino people have not seen a more adrenaline junkie, trigger-happy Armed Forces of the Philippines and Philippine National Police. In fact, the armed forces are leading the fight against the COVID-19— mass arrests, sexual assaults and cold bloody killings are the unsurprising but alarming results.

In the thick of the pandemic, he railroaded the Anti-Terror Bill but aims to further gag the critics and dissent!

Under his regime, the international debt of the Philippines ballooned up to $7-8 Trillion. He used the COVID-19 pandemic to continuously borrow money from the World Bank and other international loan sharks to further sustain his war play against his own people—whom he fondly calls terrorists. With all the listed foreign debt, many of the poor and the marginalized have yet to receive their one-time financial support.

Duterte is anti-poor. He attacks the livelihood of the Filipino people by prohibiting them from making a living then shamelessly pronounces that Filipinos are lazy. He berates the poor by saying they should endure poverty as if the long years of living under semi-feudalism and semi-colonialism are not enduring poverty and hunger.

He is keen to modernize the public transportation system in the country through the (traditional) jeepney phaseout and allowing the use of hand-me-down modernized vehicles from capitalist countries. Each jeepney will cost at least PHP2.2M. A regular jeepney driver earns at least 500 pesos a day! Now that Duterte prohibits them from making a living, the kings of the street are now paupers begging for alms.

Duterte is a Marcos copy-cat who is implementing his own Build, Build, Build projects sponsored by the Chinese government. Often he announces that the Philippines needs China—for what? Lest we forget that he openly asked China to make us their province!

On April 30, 2020, while the world was in chaos and sheer confusion brought about by COVID-19, the US provided a one-time $2 billion arms deal. He acquired 12 attack helicopters, over 200 hellfire missiles, 200+ Advanced Precision Kill Weapon Systems, machine guns, and rocket launchers. In May, he bought an aircraft launcher from Korea and another one will be delivered this December.

On either side of the Islands, warships from the US and China are taunting each other into engaging in a very dangerous war that could severely damage the entire region. We have no one to blame but the lapdog that is Duterte.

The Filipino People Do Not Need Another Marcos

The fear has subsided and anger has taken over the country. It is only a matter of time before the Filipino people will oust a dictator in the form of Duterte. He idolizes Marcos so much that it is not a surprise that he will suffer the same fate as his sham-icon—flushed down the drain of history as a dictator that has been overthrown by the Filipino people, a dictator whose attacks recruited many in the ranks of activists and revolutionaries.

Duterte may have killed more than Marcos but Duterte is weaker and dumber than Marcos. He has not learned from the long history of the Filipino people who fought against the Spanish colonizers, Japanese and US imperialists, and who fought against a dictator. Revolution runs in the very veins of every Filipino. No pandemic or war machines will ever stop the fury that he himself has built.

It is time that we take back the streets and drag this dictator out of Malacañang. Bye! Bye! Digong! This will be your last year!