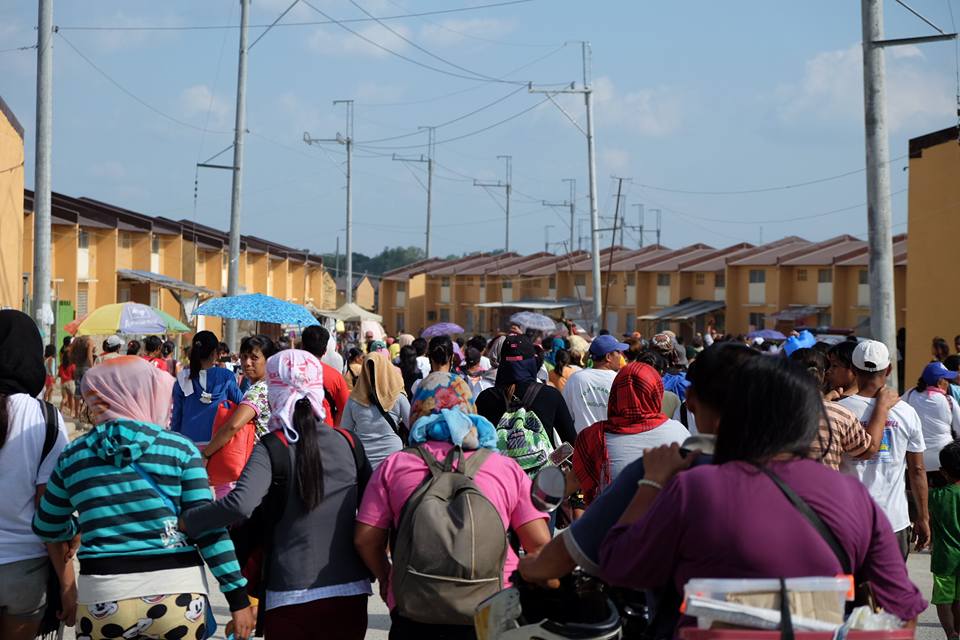 It was 3am in Paris when I encountered an article entitled “Now, Kadamay Wants Water, Power with Free Houses” published in the Philippine Daily Inquirer at 12:42 AM April 21, 2017 that seemed to be very insinuating. As I finished reading the whole article, the more I notice that the title given appear to be confusing and irrelevant as the article further stated that the urban poor were not demanding free water and electricity. Truth is, the occupants were willing to pay for the utilities. What they were demanding is water and power supply connections to the houses that they occupied. So I say no to the invitation of my bed to continue sleeping, since it is bothering and started to compose this article this confusion needs to be cleared.

It started March 8, 2017 when urban poor groups mostly led by Kalipunan ng Damayang Mahihirap or KADAMAY occupied a total of 5,208 idle housing units in five relocation sites in Pandi, Bulacan. A month after realizing that houses are not completely finished and had no power and water, members of KADAMAY held a rally to express their demands for water and power supply connections.

In relocation sites where there is no water and power supply, the connections mostly run through the National Housing Authority or NHA or its developer, which results to a higher cost of charge. As stated by KADAMAY, the charge for electricity and water per 10m3 on relocation sites in Camarin, Caloocan is P285.00 while in St. Martha’s, Bulacan is P200.00 which is double compared to Manila that is P97.00. This is the reason why the occupants were demanding for water and power supply connections. In truth, the action can be considered as a call of attention to the government’s mandate to provide basic services and public utilities to the citizens, much more to underprivileged and homeless citizens in relocation sites or resettlement areas. Aside from that, there were earlier reports that two children died last August 2016 because of contaminated water. This is supported by the service report conducted by the Natural Sciences Research Institute of the University of the Philippines stating that water in relocation sites in Bulacan is dangerous.

Now I wonder if I wouldn’t have been so curious to read the whole article published in PDI and didn’t seek other resources and information regarding the matter. I would have thought all along that the urban poor are like ‘spoiled brats’ that after having free housing are now demanding for free water and power supply. It would have been so easy for me to regard or judge them as lazy people and parasites like a lot of people do on the internet or like how the media inadvertently or advertently project the poor in this light. In just one headline, it is scary how big of a difference it can make to influence a perception of an individual especially if we are not curious and probing.

But the main problem really is how news are presented by some mainstream media outfits nowadays. (I won’t say all of media practitioners as there is still a limited few who work with ethics). As a graduate of BA Mass Communication, it was taught in school how media is regarded as the fourth estate. The fourth estate being a societal or political force that greatly affects its readers and viewers, and that is supposed to do checks and balances on the three branches of government. Back when I was a student, I would have to admit that I was not fully aware of the importance of this said role and responsibility. By landing a job in broadcast, it is only then I became fully aware of the capacity and power of media. On how far it can reach millions of listeners influenced on a daily basis. And after acquiring social and political consciousness, it is only then I was able to fully grasp how greatly it affects the people and its huge responsibility to cater the truth to the people, disseminate complete information, never confuse the public and more so, do not reinforce the status quo, which as it is, a situation of a lot of exploited by a few exploiters.

May it be in print or in broadcast, it is expected of all media practitioners to do their duties to follow the journalists code of ethics which basically is to be the voice of truth: a reporter or writer expected to scrupulously report and interpret news without distorting the truth by omission or improper emphasis. This is why the media is regarded as the fourth estate, why media are delegated with public trust, why w can continue to uphold and fight for press freedom and freedom of expression even in regimes of ‘pseudo-democracy.’. I may have not been in the mainstream practice anymore but to all those practitioners including those personally I know, it is a challenge once more to maintain the dignity of our profession. That in times of writing and reporting, may we become the voice of the truth and of the people and not those of a few ruling class who wants to silence them.