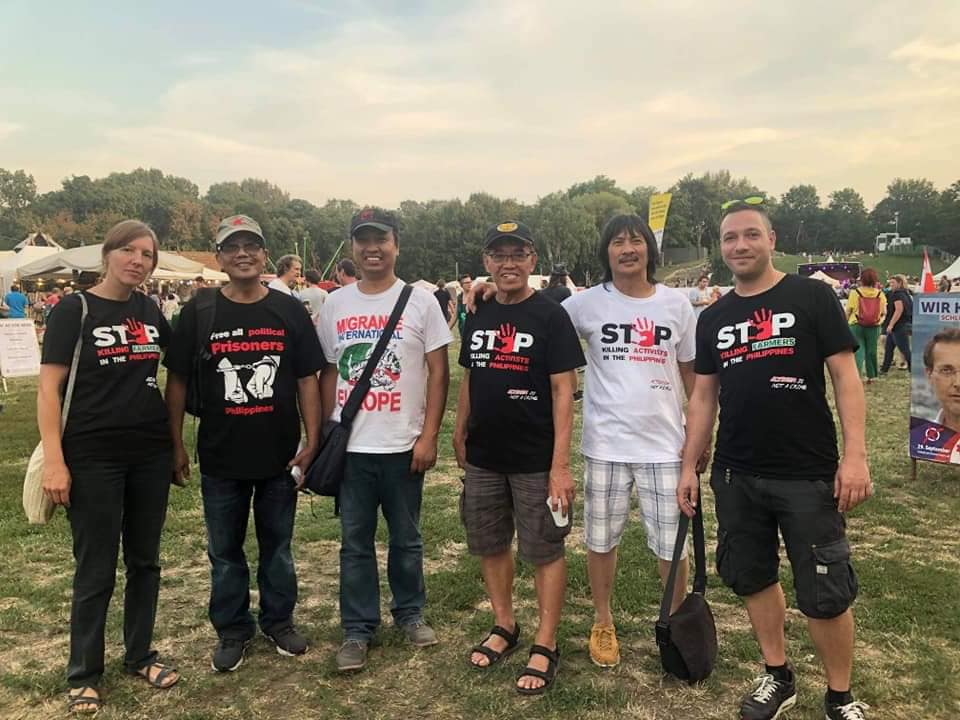 Migrante Austria condemns the sweeping arrests of 57 activists and rights workers based on trumped-up charges and fabricated evidence on October 31, 2019, at around 5PM, by the Crime Investigation and Detection Group, Bacolod City Police Station and 3rd Infantry Battalion of the Philippine Army during the simultaneous raids of the offices of progressive organizations Gabriela, Bayan Muna, Kilusang Mayo Uno and the National Federation of Sugar Workers (NFSW) in Bacolod City in Negros Occidental.

The joint operations were authorized by the Region 6 Task Force to End Local Communist Armed Conflict (RTF-ELCAC) in compliance with Malacanang’s Memo Order No. 32, Oplan Kapanatagan, and Executive Order No. 70.

This modus of Gestapo-style raids and the planting of firearms and explosives to justify arrests are old tricks in the government’s playbook of political repression.

The arrested activists are now illegally detained at the Camp Alfredo Monteliban Sr./NOPPO, and at the Bacolod City Police Office. Those apprehended are members of democratic and progressive mass organizations — they all unarmed civilians, several are minors. Among those arrested include the following individuals:

Since Duterte came into power, the death toll from the extrajudicial killings of activists in Negros has already climbed to 85 as butchers from AFP and PNP enforce his Executive Order No. 70 which later spawned Memorandum Order No. 32. Under these impositions, the islands of Samar, Negros and the entire Bicol region are now under de-facto Martial Law. Furthermore, EO70 institutionalized the regime’s whole-of-nation-approach through the National Task Force to End Local Communist Armed Conflict (NTF-ELCAC) wherein the Duterte regime has been using government resources to progressive organizations among members of various Filipino communities abroad by maliciously tagging them as fronts of the CPP-NPA.

Without a doubt, the unjust operation in Bacolod against activists and rights workers demonstrates the savage desire of the Duterte regime to quell dissent and persecute progressive organizations that raise the upright demands of the impoverished sectors of Philippine society.

We call on local and international human rights bodies, democratic institutions, civil libertarians, and concerned individuals to condemn the latest attacks against Filipino activists and to help exert pressure on the Duterte government to demand the immediate release of Bacolod City Negros activists.

We urgently call on all supporters of Defend Negros Network to lead solidarity actions and issue statements, send letters, emails, and/or fax messages demanding the release of the arrested activists and minors, and the dropping of the trumped-up criminal charges.

Stop planting evidences and the filing of trumped-up charges against civilians, activists! 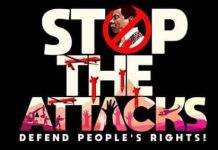 Austrian Network for Justice & Peace in the Philippines (ANJPP) 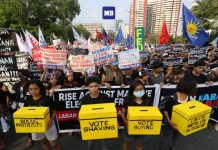 This election is dirty, as dirty as the mouth of Duterte!