The Migrante in Austria adds its voice to expresses disgust to the conduct of the 2019 election. Reports have reached us of dubious technical glitches, a portent of the Duterte administration’s evil maneuvering. There was a 7-hour lull in showing the public the result of the computerized counting. But when the COMELEC presented the result, early morning of on Tuesday, May 14, they showed a 92.89 percent completion of counting only to show an hour later a 49.76 percent completion. There are other reports of technical glitch. More than 1,600 SD cards were found defective at the time of election. Also, there are 961 vote-counting machines reported defective.

Social media accounts of our families and friends who participated in the last election have posted their grievances. One of the trends of grievances is a report that they received the election ticket but it reflects the candidate they did not vote for. Another is of report that the party-list they have elected reflected zero-votes on the precincts where they casted their vote.

Within the constitutional framework, it is through the election, as a democratic process that the choices of the people to leadership post are registered and heard. It has an element of sanctity because what makes a human is their right to self-determination, and exercise of free-will. Such reports of election rigging are a denial of the Filipino people’s right to participate in this democratic process. We will not let this pass sitting down. For many OFWs like us here in Austria and Hungary, election is the tool and mechanism to speak and be listened upon. We desire meaningful change in a hope that one of these days we can confidently go back home assured of food on our tables, free medical services for our aging parents, and free education for our young ones, exactly the very pretexts of our migration.

It is not hard to imagine who is the hand in all of this. Duterte himself reveals himself the master of divisiveness and confusion, and of thievery and murder. He allied himself with criminals and thieves like Imee Marcos, Bong Revilla, Jinggoy Estrada, among others whose Philippine courts of justice have not cleared of graft and corruption charges. He surrounds himself with blood-thirsty yes-men like Bato dela Rosa, Bong Go, Albayalde among others. His core is also revealed by whom he disenfranchised. He halted the peace talks between GRP and NDFP. He launched fake news portals red tagging human rights workers. He killed the dissenting farmers, indigenous peoples, and church people. Those are portentious of election fraud.

The blatant use of government resources to campaign for Duterte’s candidates was coupled with dispatching AFP and PNP to terrorize and harass voters, volunteers and progressive organizations campaigning for Makabayan partylists and candidates. Scores of our Makabayan coordinators and campaigners were illegally arrested and killed during the campaign period. This is aim to ensure that no progressive party lists under Makabayan will not get sufficient votes to garner seats in Congress.

On the day of election, the PNP themselves distributed newspapers  containing black propaganda against senatorial candidate Neri Colmenares and the Makabayan bloc was a flagrant violation of Election laws.These reveals the kind of man Duterte is. In an attempt to consolidate and monopolize power he resorted to rigging the election. But it is self-serving and only perform to heed the interest of China and the US, to the detriment of the Filipino people whose suffering, and murder has become a normal course in life. No wonder that after the initial result has been counted, many in the Philippines have searched (through google) for places to migrate.

We cannot accept the process and result of this election. This election is dirty, as dirty as the mouth of Duterte. We are joining in the clamour for truth. We add our voices of dissent because the Filipino people and their constitution has fallen victim once again, for many times over to the criminal Duterte administration. We are refusing to be victims this time. We demand accountability.

Furthermore, Migrante Austria will continue to oppose the regime’s state exactions and labor export program. We will also continue to campaign for the Peace Talks being pursued by the National Democratic Front of the Philippines (NDFP) to address the issues on CASER (Comprehensive Agreement on Social and Economic Reforms) especially the genuine agrarian land reform and national industrialisation. We shall also press on in demanding decent jobs and secured lives back home.

Our defense of democratic rights does not end after the casting of our ballots. We will pursue strengthening the will of the Filipino to fight for full national independence, democracy, development through genuine agrarian land reform, national industrialisation, social justice and cultural progress. Further, fostering the solidarity and mutual support between the Filipino people and other peoples to unite in defeating and resisting Duterte’s tyranny! 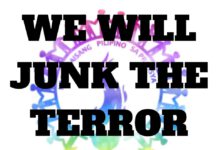 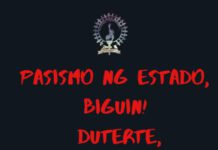 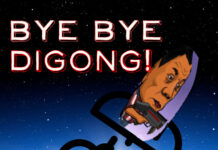 BYE BYE DIGONG! YOU WILL NOT BE MISSED!