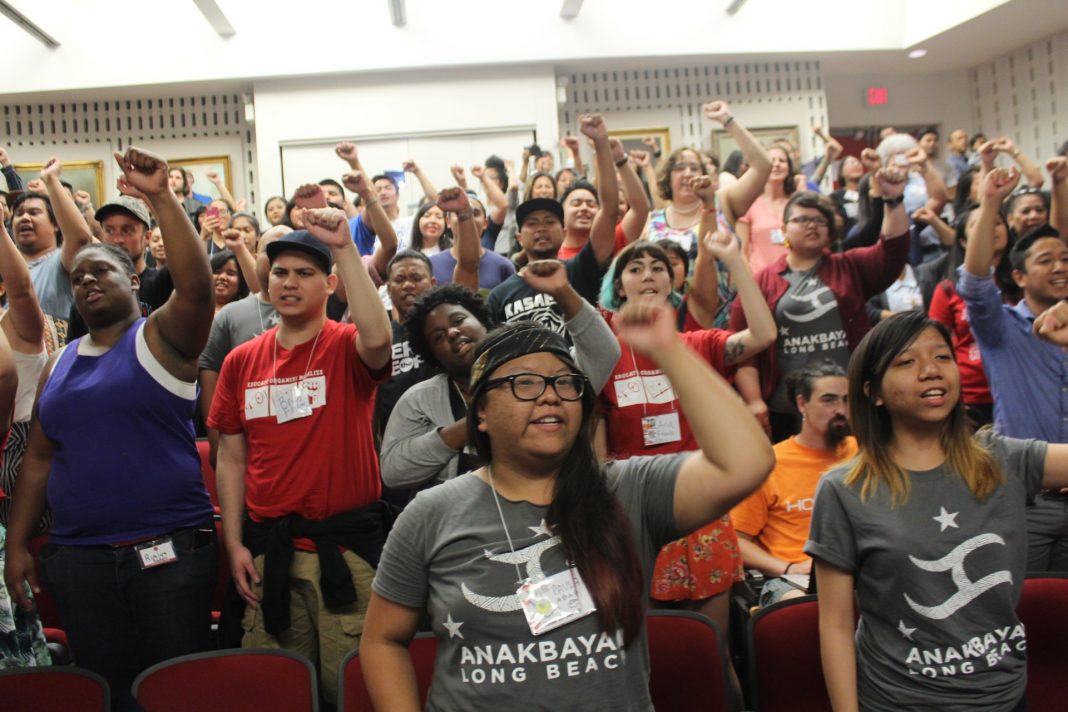 The International Peoples’ Tribunal on the Crimes of the Philippine and US Governments Against the Filipino People (IPT 2015) is being convened at the behest mainly of victims1 of human rights violations and other crimes committed under the Presidency of Benigno S. Aquino III in the Philippines and President Barack Obama in the United States.

These entities shall be brought before a court of public opinion where concrete evidence shall be presented of their violations of the Filipino people’s individual and collective rights under international law. They will be brought for judgment before the broadest possible international audience.

The IPT 2015 derives its legitimacy from the people as the ultimate source of the authority of all national and international laws. Its verdict shall be based on a thorough and fair assessment of the evidence by leading public figures of recognised achievement and high moral stature, in accordance with applicable legal standards.

The Peoples’ Tribunal draws inspiration and builds on the gains of previous peoples tribunals convened to condemn similar crimes by previous regimes in the Philippines. These include, among others, the:

• Permanent Peoples’ Tribunal (First Session on the Philippines) [PPT1] of 1980 in Antwerp, Belgium (“Repression and Resistance, “ against the dictatorship of Ferdinand Marcos at the suit by NDFP and the Moro National Liberation Front or MNLF)

• International Solidarity Mission- International People’s Tribunal [ISM-IPT] of 2005 in Manila (“In Defense of a People Fighting Repression; against human rights violations by

1 The victims and their relatives — belonging to a wide spectrum of social classes and sectors in Philippine society – are represented by the Ecumenical Voice for Human Rights and Peace in the Philippines (EcuVoice), KARAPATAN (Alliance for the Advancement of the People’s Rights), Hustisya! (Victims United for Justice), DESAPARECIDOS (Families of the Disappeared for Justice), SELDA (Society of Ex-Detainees Against Detention and Arrest), BAYAN (New Patriotic Alliance), Kilusang Magbubukid ng Pilipinas (Peasant Movement of the Philippines) among others.

Permanent Peoples’ Tribunal (Second Session on the Philippines) [PPT2] of March 2007 in The Hague, The Netherlands (The Filipino People vs. Gloria Macapagal-Arroyo, George W. Bush, et.al: indicting the US-backed Arroyo regime for human rights violations, economic plunder and transgression of Philippine sovereignty); and

International Migrants Tribunal [IMT] of November 2012 in Manila (In Defense of Migrant Workers’ Rights: counterpoint to the Global Forum on Migration and Development)

The verdicts of these tribunals delivered strong moral and persuasive force. Their conclusions and recommendations were transmitted to the United Nations, various Parliaments and governments, as well as broad international organizations to add pressure on the Philippine government to stop the killings and other gross human rights violations in the country.

The resulting international uproar against the spate of extra-judicial killings under the term of President Arroyo, for instance, contributed to a decrease in the incidence of such killings in the latter part of 2007. The temporary decline was a very welcome respite for the Filipino people under siege.

Holding the hearings and gathering support especially from the peoples of the US are particularly strategic because of the US government’s historical and decisive influence in Philippine affairs.

In 2007, US Senator Barbara Boxer, Chair of the Sub-Committee on East Asian and Pacific Affairs of the Senate Committee on Foreign Relations, acknowledged in a U.S. Senate hearing, “It is important we (Americans) do not have blood on our hands. . . . If we are training the (Philippine) military with our hard-earned tax dollars, our concern about the military cannot be discounted . . . the war on terror cannot be used as an excuse to kill innocent civilians.”

The International Peoples’ Tribunal (IPT) in 2015 shall help raise national and international public visibility of the ongoing violation of people’s rights in the Philippines, exercise moral suasion and help generate further political pressure on the governments of the Philippines and the US to end impunity.

The overall objective of the IPT 2015 is to expose the crimes not only of the current Philippine government as represented by President Benigno Simeon Aquino III against the Filipino people but also those of the US government, under the watch of President Barack Obama.

Specifically, the IPT aims to:

− Exert greater international pressure on the Philippine and US governments to stop human rights violations in the Philippines, including extrajudicial killings and disappearances;

−  Establish by sufficient credible evidence according to international norms and standards that these violations are part of state policy which is being perpetrated with impunity by the Armed Forces of the Philippines (AFP), Philippine National Police (PNP), and paramilitary and armed groups under their command and control;

−  Establish the complicity of the Commander-in-Chief Aquino and the top military and police officials in the killings, disappearances and other gross human rights abuses;

−  Show the various systematic and systemic violations of economic, social and cultural rights of the Filipino people through the imposition of exploitative policies and programs;

The complaints and presentations shall consist of the following:

Violations of human rights, particularly civil and political rights, with focus on extrajudicial killings, disappearances, massacres, torture, arbitrary arrests and detentions as well as other vicious, brutal and systematic abuses and attacks on the basic democratic rights of the people.

Violations of human rights, particularly economic, social and cultural rights of the Filipino people through the imposition of imperialist globalization to exploit the people; transgression of their economic sovereignty and national patrimony; various forms of economic plunder and attacks on the livelihoods of the people and the destruction of the environment.

Violations of the rights of the people to national self-determination and liberation through the imposition of the US war of terror; US military intervention; as well as the perpetration of crimes against humanity and war crimes; misrepresentations of the people’s right to national liberation and self-determination as “terrorism” and the baseless “terrorist” listing of individuals, organizations and other entities by the US and other governments.

Violation of Civil and Political Rights

Charter change to open up of economy to increased foreign exploitation

EDCA and US military intervention (case of Jennifer Laude)

National and International Instruments including 1948 Universal Declaration of Human Rights, 1966 International Covenant on Civil and Political Rights (ICCPR), 1966 International Convention on Economic, Social and Cultural Rights (ICESCR), Convention against Torture and related instruments, Convention against Enforced and Involuntary Disappearance, 1990 Convention on the Rights of the Child, 1977 Standard Minimum Rules for the Treatment of Prisoners, 1976 Universal Declaration of the Rights of Peoples (Algiers Declaration), 1949 Geneva Conventions, 1977 Protocols 1 and 2, 1992 Hague Joint Declaration, 1995 Joint Agreement on Safety and Immunity Guarantees (JASIG), 1998 Comprehensive Agreement on Respect for Human Rights and

Organization of the Tribunal:

Concerned international organizations and networks who have come together to organize and convene the International Peoples’ Tribunal on Crimes of the US-Aquino Government Against the Filipino People.

Personages and representatives of institutions and organizations who are interested in the issues of peoples’ rights, human rights and international law, and who wish to extend moral support and concrete assistance to the Tribunal, shall be invited to become Endorsers, Partners and Sponsors to the Tribunal. They will also endorse the Tribunal to their existing contacts and assist the organizers in reaching out further to the international community.

Representatives of the Filipino people: victims of the crimes of the US-Aquino regime; HR groups, various people’s organizations and their contituencies

Karapatan (Alliance for the Advancement of Peoples’ Rights)

Against Detention and Arrest)

Desaparecidos (Families of the Disappeared for Justice)

other mass organizations and individual victims in the Philippines and abroad

US Government as represented by President Barrack Obama

Judge/s:
1- 3 international personages or eminent person/s with at least 1 with a legal background

Jurors:
9 – 11 individuals of diverse backgrounds and different disciplines, with at least 3 with a legal background; representing the peoples of the world

Prosecutors/Legal counsels to victims and witnesses:

Clerk of Court and Deputy Clerks of Court

For more information and updates: www.internationalpeoplestribunal.org