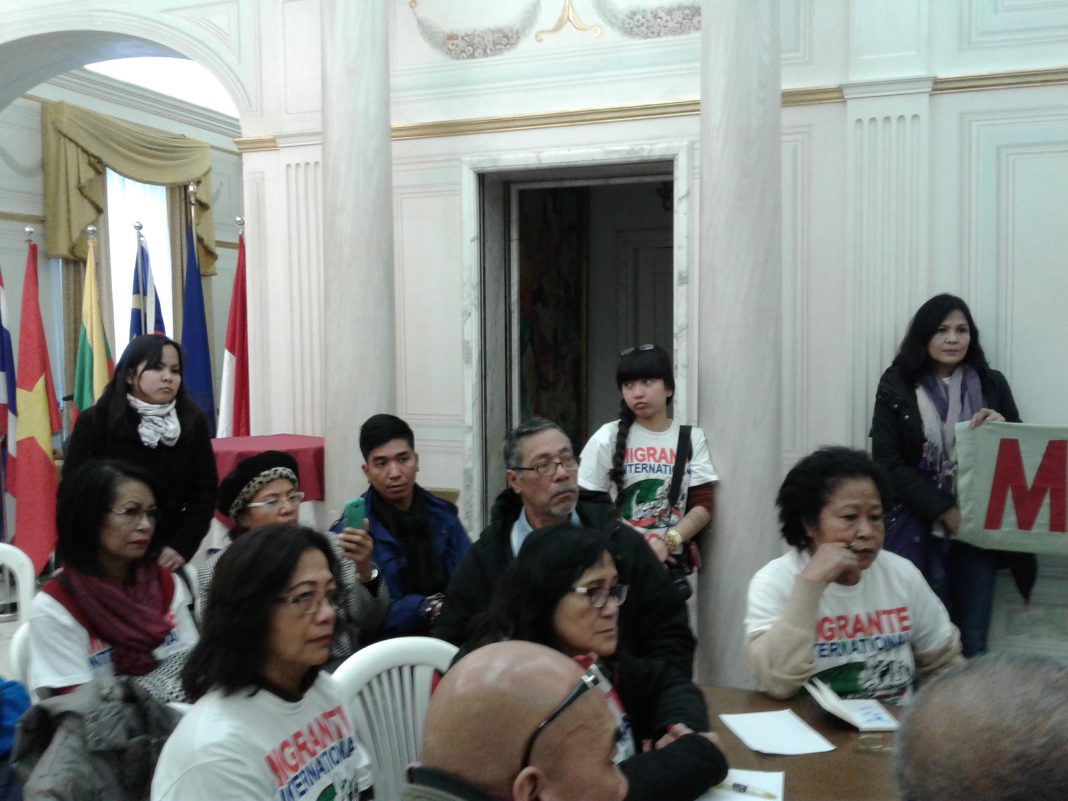 Representatives of member organizations of the newly-launched Migrante Europe alliance trooped to the Philippine embassy in Rome, Italy to present several issues and demands that the alliance discussed during their successful two-day founding assembly last December 10-11 at the Camping Roma Village in Rome.

The 25 delegates representing 10 countries were led by Ann Brusola, of Umangat-Migrante Rome and newly-elected secretary general of Migrante Europe. The delegates were met by Ambassador Domingo Nolasco and Consul General Adrian Bernie Candoleda.

The various representatives spoke on urgent migrant issues like the plight of many undocumented compatriots in the continent, human trafficking, the au pairs, and pension among the aging migrant workers. 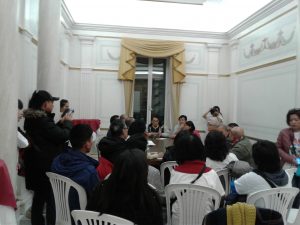 The delegates also emphasized the need for the Duterte government to create a sustainable integration program for returning OFWs for so that they won’t anymore see the need to look for jobs abroad. They also scored the Duterte government for not yet spelling out an alternative program to the labor export policy. They stressed that genuine land reform and national industrialization are the keys to solving the unemployment problem in the Philippines.

They also brought to the attention of the embassy the ongoing peace talks and the just demand for the release of all political prisoners.

The ambassador for his part shared what the embassy and the government are doing on the various issues presented by the delegates and promised more assistance to migrants. He also said a move is underway to pursue bilateral agreements with different countries on aging migrant pensioners.

Migrante Europe vowed to uphold the rights and welfare of migrant Filipinos in Europe and to pursue urgent national issues affecting Filipino migrants. Migrante Europe is an alliance of progressive Filipino migrant organizations in Austria, Belgium, Italy, Denmark, Germany, France, Greece, the Netherlands, the UK, Norway, Switzerland and Iceland. It also vowed to reach out to Filipino organizations in other countries in Europe.#