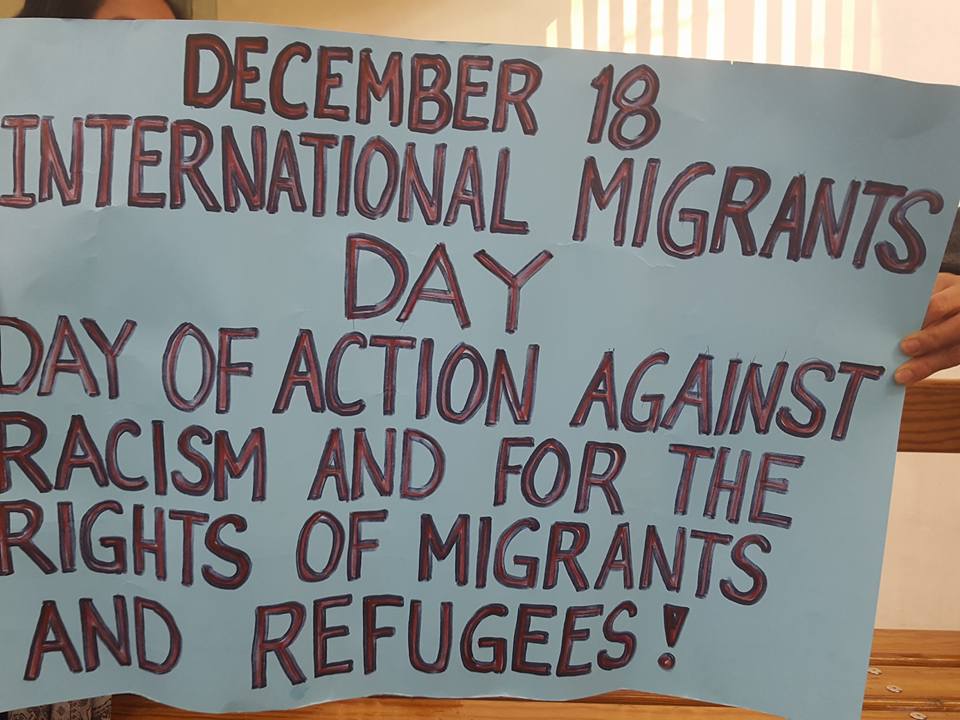 In Denmark, leaders of Migrante Denmark spoke at the event of the FIF-Filippinsk Integration Forening. They shared the launching of the Migrante Europe alliance. Filipino au pairs also joined the celebration of IMD during their annual Christmas party in Copenhagen.

In Rome, the Christmas party of Umangat-Migrante Rome became a forum to discuss the labor export policy and the situation of migrants. They also conducted photo-ops.

Other Migrante organizations in other countries also conducted photo-ops to show their solidarity with all other migrants during the IMD.

Meanwhile, Migrante Europe has announced the launching of its website (www.migrante.eu), which was developed during the assembly of Migrante Europe in Rome last December 10. The site contains updates not only on the events, activities and campaigns of the alliance, but also urgent issues affecting Filipino and other migrants in Europe.#