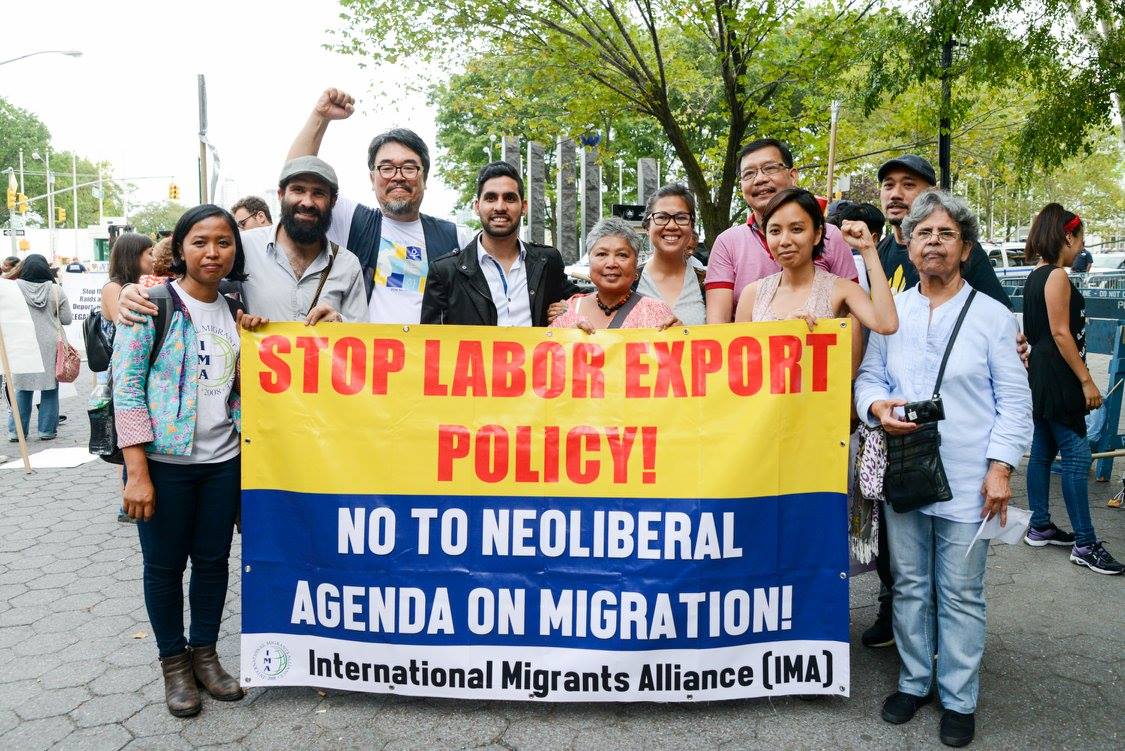 Build solidarity with workers and oppressed and exploited peoples of the world!

The International Migrants Alliance-USA Chapter (IMA-USA) stands with all the workers of the world on May 1st, International Workers’ Day.

Ironically, it was in the United States where International Workers’ Day was initiated. Workers in Chicago started a general strike on May 1, 1886 to demand an 8-hour work day. A few days later, some workers were killed by state forces, prompting the bombing at the Haymarket Square, also known as the Haymarket Massacre. Around the world, International Workers’ Day has been commemorated on May 1, except for North America — the United States and Canada.

In recent years, the workers and migrants rights movement in the United States has reclaimed May 1 as International Workers’ Day. In December 2005, the Border Protection, Anti-Terrorism and Illegal Immigration Control Act, also known as H.R. 4437 or Sensenbrenner Bill, was proposed in the 109th United States Congress criminalizing working-class undocumented migrants and those who would be found helping them. This prompted the mobilization of millions of migrant workers into the streets in different parts of the country on May 1, 2006.

As the United States of America enters a new period under the Trump administration in 2017 — a brazenly fascist, racist and anti-im/migrant president — within his first 100 days in office, we have seen his administration attack immigrants, migrant workers, and working-class people of color through his proposed Executive Orders.

Banning of Muslims, heightened raids in communities, profiling people of color in different parts of the country, continuous deportation of migrants and his plans of building the wall at the Mexican border are only the beginning of his open anti-im/migrant attacks. Trump has also made clear in his pronouncements that refugees are not welcome to the United States.

As migrant workers and refugees, we have long been forcibly displaced victims of the ravages of U.S. Imperialism. With its huge demand for cheap labor to sustain its capitalist needs, to the imperialist and proxy wars that the U.S. has been waging all over the world, displacing peoples from their home countries and resulting in forced migration and the current refugee crisis, Trump has only intensified the U.S. imperialist crises in different global regions. We can expect Trump to continue the horrendous legacy of past U.S. presidents, but we predict he will only worsen these problems, including the climate crisis as a professed climate change denier.

We must build the broadest alliances and mass movements with the working-class peoples and the most oppressed and exploited communities around the world, forging strong international solidarity to resist the neoliberal policies advanced by U.S. imperialism and its representatives across the globe.

This May Day 2017, just like when it was called for in 1886, we support the calls for a general strike and to shut down businesses who do not support the struggles of the working-class, whether migrants, people of color and/or U.S.-born.

A tyrant can only be defeated by the people’s collective voices, efforts and power.  Let us march together as IMA-USA and advance people’s movements and struggles to greater heights!

Migrant workers, refugees, and workers of the world unite!

No to deportations! No bans! No walls! No to U.S. imperialist wars!