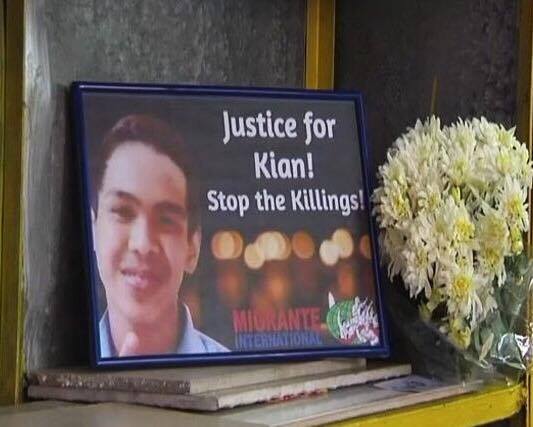 More than 3,000 killed. This is the conservative count of suspected drug addicts and peddlers killed by the Philippine National Police under the “war on drugs” of the Duterte government.

Many Filipinos, including those living and working abroad, support this campaign. They want to eradicate the proliferation of illegal drugs and decrease the crime rate in the country. But this has also received widespread criticism from Filipinos and the international community. Police agents are being accused of arbitrarily rounding up residents of urban poor communities and killing them in cold blood because, as the police reports, the suspects “fought back”.

This is the same story we hear about Kian Loyd de los Santos, a 17-year old grade 11 student, who was killed on 16 August 2017 by agents of the PNP conducting so-called anti-drug operations in Libis Baisa, Caloocan City, in Metro Manila. Reports from the police, Duterte spokespersons and government media mouthpieces claim the young boy fought back. Bystanders and CCTV footages showed otherwise: the unarmed Kian was manhandled by the police agents and then dragged into an alley before he was shot dead.

Public outrage over the killing has forced Malacañang to issue a warning to the police against committing abuses and the Department of Justice to order an investigation on the police officers who were involved in Kian’s death.

We, Filipino migrants in France, also cannot remain silent on the issue. Kian is a son of a fellow overseas Filipino worker. We express our heartfelt sympathy to the family of Kian and join the call for justice against the senseless killing. Quoting presidential spokesperson Ernesto Abella, “The violent death of any Filipino is one death too many, especially that of Kian Loyd delos Santos.”

We would like to reiterate that this is not only a call for justice for Kian but also for many others whose lives have become victims of illegal drugs. We are hopeful that this incident would give warning to police authorities abusing their power and would open the eyes of the public to the root causes of the illegal drugs problem that has been hounding Philippine society for decades. The country is mired in extreme poverty, unbridled corruption and injustice. Countless poor people are being drawn into the illegal drug trade for a quick buck and to escape reality.

In the meantime, government, military and police officials are themselves involved in stockpiling and distributing illegal drugs and protecting the billion-peso illegal trade. These officials are also neck-deep in government corruption, pocketing billions of pesos in public funds. The Duterte administration has not been fulfilling its promise of eradicating corruption. Instead, it has been rewarding corrupt and criminal police and military officials with protection from prosecution and even higher government positions.

We continue to call for the eradication of poverty and for social justice – for genuine land reform and national industrialization – and the resolution of the country’s chronic problems of landlessness, unemployment, slave wages and sky-rocketing prices of basic necessities. We continue to aspire for the day when we can return home, not to bury our murdered Kian, but to a prosperous and peaceful Philippines, no longer being forced to leave our family and motherland for precious dollars abroad.

Justice for Kian, justice for all victims of police murders!

Prosecute and punish criminals in government!

Wage war vs poverty NOT war vs the poor! 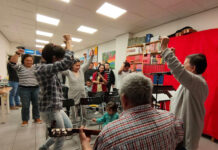 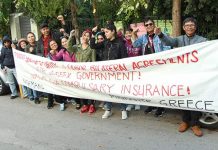 KASAMAKO, A Filipino MIGRANTS’ ORGANIZATION IN KOS, ISLAND of GREECE TOGETHER WITH MIGRANTE EUROPE:  A DIALOGUE WITH AMBASSADOR FRANK CIMAFRANCA 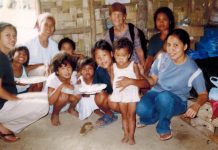