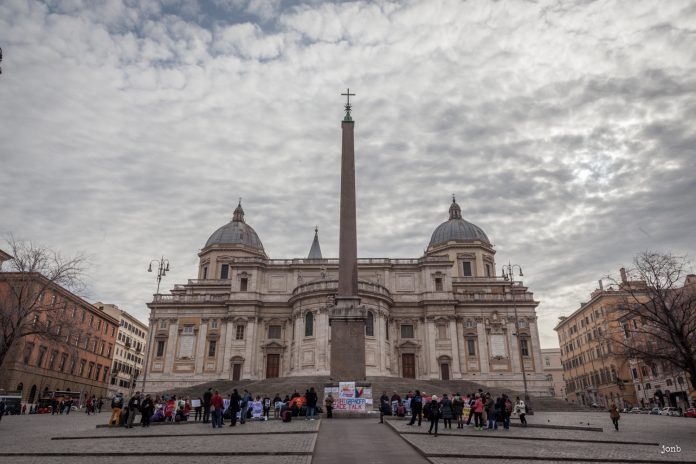 Press Statement
On re-arrest of NDFP peace consultants and termination of JASIG
February 9, 2017

“We strongly condemn the re-arrest of NDFP Peace Consultant Ariel Arbitario, by the Armed Forces of the Philippines on, February 7, 2017. This happen right after after the verbal announcement of Pres. Rodrigo Duterte terminating the formal peace talk between the Government of the Republic of the Philippines and the National Democratic Front of the Philippines. We call on the Philippine government and the NDFP to resume the peace negotiations with the compelling reason to address the root causes of the armed conflict.”  Migrante Europe Chairperson Father Herbert Fadriquela Jr said on the re-arrest of NDFP peace consultant and the termination of Joint Agreement on Safety and Immunity Guarantees (JASIG) by the GRP.

Arbitrario and his two companions, Jun Sinday and Roderick Mamuyac, were hold at a military checkpoint in Totil, Davao City at 10am on February 7, 2017. Mamuyac is a labor organizer of Kilusang Mayo Uno Southern Mindanao region. The three were brought to the Criminal Investigation and detection group XI (CIDG-XI) office in camp Leonor, San Pedro, Davao City. CIDG personnel will reportedly bring Arbitrario to the Regional Trial Court 11 Branch 1in Nabunturan, Compostela Valley. Mamuyac was also arrested on trumped up charges of murder using an alias warrant, while Sinday was released.

The arrest of Arbitrario happened before Presidential Adviser on the Peace Process give formal notice to the National Democratic Front of the Philippines to the termination of the JASIG (Joint Agreement on the Safety and Immunity Guarantee) that aims to protect GRP and NDPF participants and consultants to the peace process from surveillance, harassments, search, arrest, detention, and interrogation or any other similar punitive action.

Arbitrario, along with his brother Crispulo, an engineer were illegally arrested on February 16, 2016 under trumped-up charges of murder and attempted murder. They were detained at the Provincial Rehabilitation Center (PRC) in Compostela Valley before he was released to participate in the peace talks. Crispulo is still in prison.

Father Herbert also condemned the statement of PNP Director General Ronald “Bato” dela Rosa calling to arrest at least thirteen NDFP peace consultants. “They have rights to due process and the order of arrest is baseless,” he stated.

Migrante Europe called on to President Duterte and to the Philippine government to immediately release Arbitrario and all political prisoners, to withdraw the government termination of JASIG and to respect the previously signed CARHRIHL or Comprehensive Agreement on the Respect of Human Rights and International Humanitarian Law.

Migrante Europe is a progressive and patriotic alliance of Filipino migrant’s organizations that uphold and promote the rights and welfare of the migrant sector and along with basic Filipino masses struggle for sovereignty and national democracy.