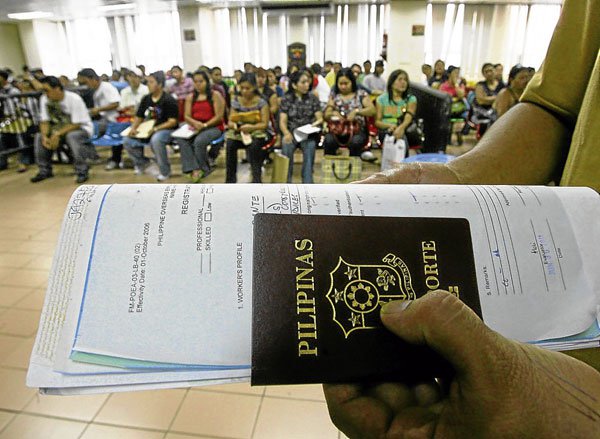 Migrant Filipinos in Europe strongly rejected the announcement on Thursday of the Department of Foreign Affairs (DFA) that new passports with a 10-year validity will be twice as expensive as current passport fees.

“We are certainly YES to the new 10-year validity of Philippine passports, but certainly NO if OFWs are to be burdened by the DFA proposed double fee. That is unjustifiable and exorbitantly high! Passport should not be used as moneymaking scheme!” said Migrante Europe Chairperson Father Herbert Fadriquela.

In a report on Thursday, May 18, Ricarte Abejuela, Passport Director of the DFA Consular Affairs justified the plan to double the fees because the materials to be used for the new passports will be more costly and the number of pages will be increased.

Passport fee overpricing
For many years, overseas Filipino workers (OFWs) have been complaining about the excessive fees and unjustifiable requirements for passport applications and passport renewals.

In 2007, the College Editors Guild of the Philippines (CEGP) filed a complaint before the Ombudsman against officials of the DFA for corruption in connection to the over pricing of the e-passport contract. The CEGP petition had since been the basis for congressional inquiries and investigations on the P857 million e-passport deal.

In July 2010, Migrante International called on the Aquino administration to investigate the overpricing of e-passport applications in light of allegations that the contract entered into by the DFA for the procurement of new e-passport is illegal and tainted with corruption.

10-year passport approved
On Monday, May 8, the Philippine Senate approved on the third and final reading the bill extending the validity of Philippine passports from five to 10 years. The House of Representatives approved a similar measure in February. The proposed law is seen to immensely benefit OFWs.

Under the proposal, regular passports shall be valid for a period of 10 years. Those 18 years old and under, however, shall be issued passports with a five-year validity.

The DFA could not say yet when the 10-year validity would be implemented, as it still has to issue the Implementing Rules and Regulations after the bill is signed into law.


Migrante says NO to double price of 10-year passport
Migrante Honkong applauded the news that the 10-year validity of passport was approved by the Senate. They said that this is a proposal included in the “Hongkong OFWs Agenda for Change” which they submitted to the Duterte Government last year. But they are firmly opposed to the plan to double the price of passport fees.

In Italy, Filipino migrants are determined to block this DFA plan. They started posting slogans and calls in their facebook accounts, urging kababayans to reject and take a stand against this new scheme to fleece OFWs of their hard-earned income.

“We urge our kababayans, member organizations and allies to remain vigilant in the fight to defend our rights and welfare,” concluded Father Herbert.###