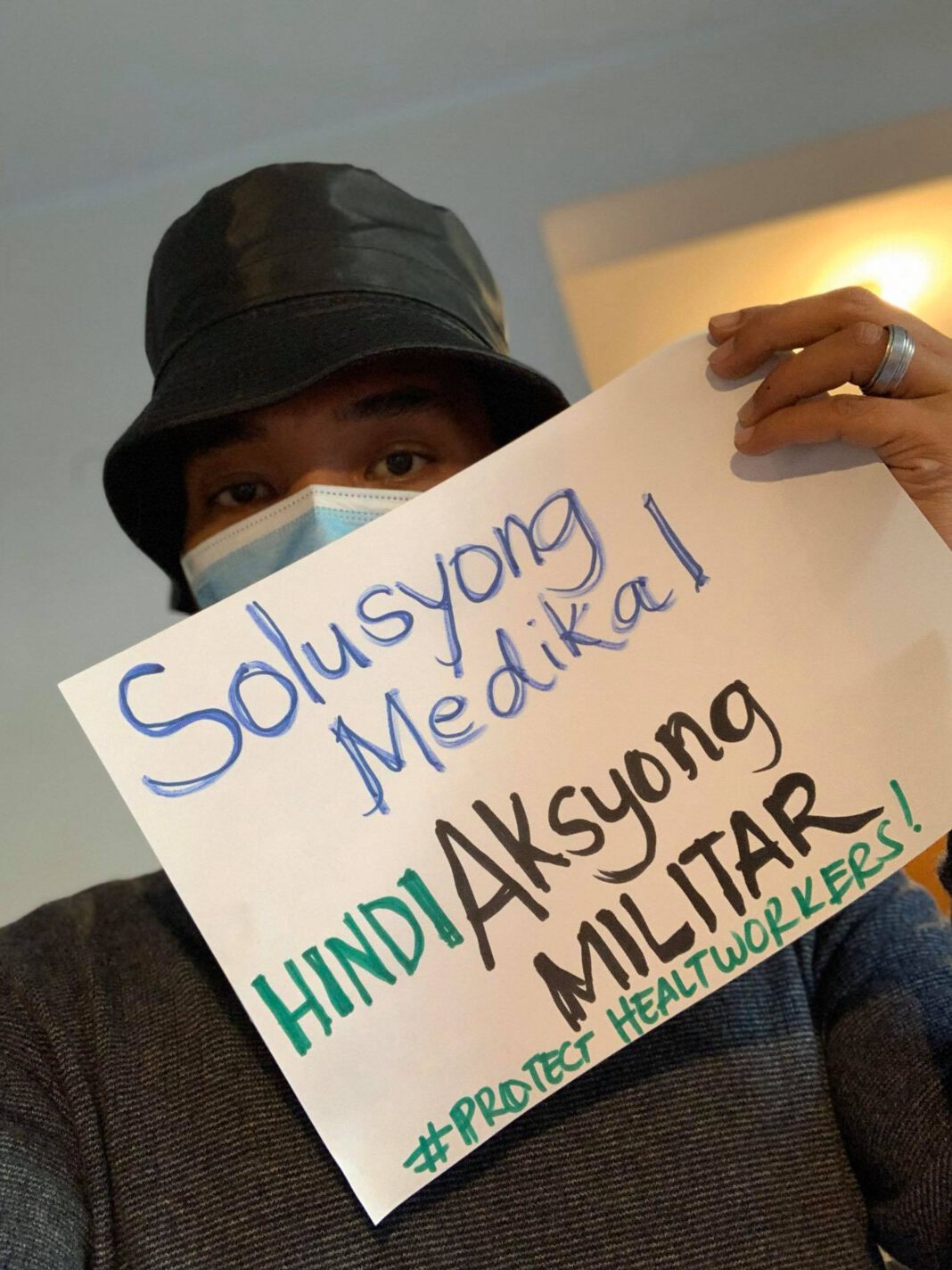 The Duterte Government employed military solution, instead of the medical approach to the crisis. Thus, our consistent call for the crisis resounds—Solusyong Medikal, Hindi Solusyong Militar! Adding to the record of human rights violations they are inflicting on the communities and the poor; and even emboldening themselves as the powerful implementor of the COVID government response. Likewise, we are adding our call to re-channel the ₱379 billion approved budget of both the AFP and PNP (2020 General Appropriations Act) to COVID-19 pro-people response.

The Duterte Government used Congress to approve a corrupt-ridden economic band-aid to the health crisis, the so-called ‘government response package’ worth ₱1.49 trillion. Intending to initially spend the amount of  ₱648.521 billion to address the crisis, and more than half of the amount funded from loans; the government already released the amount of ₱350 billion. Ironically, in the midst of the pandemic, the approval of the US-Duterte arms deal worth ₱75 billion. Adding in the budget line-up: military, tourism, infrastructure, among others—marked by a capitalist greed! Aware that all these figures will be a burden to us Filipinos. Thus, our call is to consistently insist and pursue the root cause of our economic crisis, not this pro-business, pro-profit and graft-tainted solution!

The Duterte Government shows its vindictive attitude on the critical media agencies; currently, it successfully shutdown the ABS-CBN media network; a glaring sacrilege to press freedom; aware of the role of media in information dissemination on issues and updates on national issues and of the current COVID crisis.

The Duterte Government employs a business approach of imposing the mandatory increase of PhilHealth premium of OFWs (Overseas Foreign Workers); we echo the common sentiment of the working Filipinos abroad to scrap the PhilHealth Circular No. 2020-0014 as we call for Public Health Not Profit!

The Duterte Government continues to employ the barbarity of the state forces to address the pandemic; manifested by the killings of ordinary citizens and activists during the crisis, continued harassment on far-flung communities; the unfounded accusations of NPA attacks, the red-tagging on legal pro-people organizations and leaders (like Fr. Raymond Ambray of Surigao); and the criminal pricing of rebel leaders.

The Duterte Government is displaying its military force in every corner of our islands; from guarding of the towns and cities to the distribution of cash aid; up to the pursuit of activists and identified organized communities, implementing violence tainted military-adventurism even during the crisis.

All these are utter disgust to the Filipino People, Rodrigo Duterte manifests the vulture-face of this crisis, taking advantage politically of our vulnerabilities.