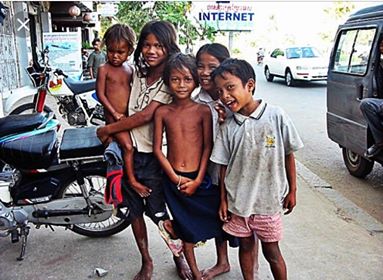 We at Migrante Austria categorically reject lowering the age of criminal responsibility to 12 years old, as per House Bill 8858, which was approved by the Committee on Justice last week.

This bill is absolutely contrary to the State’s domestic and international obligations of protecting and upholding children’s rights as mandated by the 1987 Constitution and the 1990 UN Convention on the Rights of the Child. It will also not result in lower crime rates as only 1.72 % of reported crimes are committed by children.

As pointed out by UNICEF, “children in conflict with the law are already victims of circumstance, mostly because of poverty and exploitation by adult crime syndicates”. The bill will not stop these syndicates from using children, but will encourage them to use even younger ones, instead.

The bill disregards researches in neuroscience and other fields over the decades that have proven children to be different from adults in their judgment and behavior. Children should be treated differently in criminal matters.

Prisons, or the Bahay Pag-asa’s, are definitely not developmentally inducive places for children and youth to acquire social skills, or find their way to responsible adulthood.

The House Bill 8858 is taking the easy way out of juvenile crime and, like the bloody war on drugs, it is counterproductive and bound to fail.

And as the Concerned Artists of the Philippines say: “Why zero in on children and the young, subject them to alienating proceedings they would be clueless about, treat them as aberrations rather than victims, and practically impose compulsory deprivation of liberty, rather than understand where they are coming from?”

The government should look into the root causes of the problem. Managing and controlling juvenile crime entails alleviating poverty and providing opportunities for education, employment, housing and other child-sensitive social services.

We cannot allow House Bill 8858 to be passed into law. If we do, we will subject children to harm and we will be living with the harmful consequences for many generations.