This month saw the largest single-operation crackdown on undocumented immigrants in European Union history. Dubbed “Mos Maiorum” (a Latin phrase referring to the “ancestral custom” of the Roman Empire), the initiative, which ran from October 13 to October 26, saw EU member states join forces to clamp down on illegal immigration and the organized criminal syndicates that facilitate it.

Operations of this kind happen twice a year and are growing in size as the number of migrants in Europe increases. But this was the first time people knew it was going to happen in advance, thanks to some documents from the European Council published by the Statewatch website in July. The documents stated that border guards were to reprimand immigrants and record information relating to ethnicity in a bid to better understand the flow of immigrants into and across Europe—and in order to eventually plug up that flow.

The publication of the documents gave migrant solidarity activists time to develop a tool that enabled people to track the goings-on of law enforcement as they happened. Called Map Mos Maiorum!, the live map, which was created by a group associated with the Berlin-based anti-racism collective Nadir, let people see pictures, read testimonies, and receive updates when Mos Maiorum activity was reported. If the reports are anything to go by, this activity mostly involved cops hassling people getting on public transport to produce their IDs and arresting them if they failed to come up with the goods. As you can imagine, in many cases the police were accused of using racial profiling in the process.

“We wanted to make this visible to people,” explained Alex, a representative from Nadir. “It would be great if we could reach the immigrants themselves with this information, as a kind of warning, but for many reasons this is not possible at the moment. Instead, we wanted those people whose countries were investing in this initiative to know what was going on.”

The operation was started by the Italian Presidency of the EU Council and the Italian Ministry of the Interior, in association with Frontex, the EU agency for border security. Frontex has stressed that it merely served an advisory role in the operation. Nevertheless, its involvement has raised eyebrows; the agency has faced criticism because there’s a perception that it cares more about border enforcement than tackling human trafficking and upholding human rights. Its rescue work is often regarded as being incidental to giving vulnerable migrants a hard time.

Take Frontex’s Operation Archimedes, for example. Carried out in September by Europol with the cooperation of 34 EU member states, its aim as outlined by the authorities was to infiltrate and eradicate organized crime. Yet of the 1,150 arrests made, only 90 were related tohuman trafficking, with the vast majority being dealt to those guilty of and facilitating illegal immigration. This has given rise to the belief that the initiative was in fact an excuse to increase border security, and gather information relating to immigration routes, under the guise of a pan-European anti-trafficking and crime initiative. It is predicted that the number of migrants affected by Mos Maiorum will be at least double that of Archimedes, which only lasted one week.

Alex admitted that the Mos Maiorum map wasn’t complete. “What is shown on the map is still only a small part of the whole picture, because we do not receive reports of all of the controls,” he said. “We don’t have good connections in Eastern Europe, for instance. Language barriers are a problem, and we do not have connections to activist movements in every country.”

Nevertheless, there has been quite a lot of international cooperation, leading to the operation being healthily documented. “People and organizations from all over Europe are helping us,” he said. “There is a very active group in Sweden and many in Italy and also France. These groups documented these controls and regularly contributed to the map. But by far the most common report has been from anonymous individuals. It’s a crowdfunded project, and we receive donations from all over Europe.” In addition, protests against Mos Maiorum were coordinated in Germany, Sweden, and Brussels.

Italy, which kicked off the initiative, bears the brunt of immigration from Tunisia and Libya, with migrants crossing the Mediterranean, where they are commonly held on the island of Lampedusa, whose coasts have witnessed a series of tragedies, most infamously the drowning of 300 Eritrean immigrants in October last year. Frontex has largely failed to curtail this. Fortress Europe is reinforcing its balustrades to an ever-growing number of displaced people in a seemingly unwinnable struggle.

As the number of migrants grows, it seems that the EU is toughening its stance on immigration. The European Commission is already developing an electronic entry/exit system to prevent immigrants from overstaying their visas. Several member states are pushing for this to include the gathering of fingerprints and medical details from non-European passport holders. These details could then be shared with law enforcement agencies. The mass retention of personal data has been criticized by the European Court of Justice, but the Italian government thinks it has already found a way around their legal objections. Mos Maiorum might be the biggest initiative in the EU’s ongoing pushback against undocumented immigrants, but it seems that it could be only a taste of what’s to come.# (photo from website) 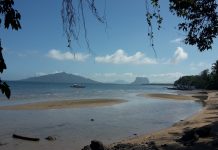 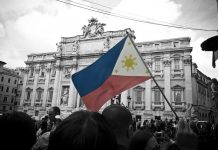 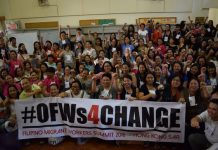